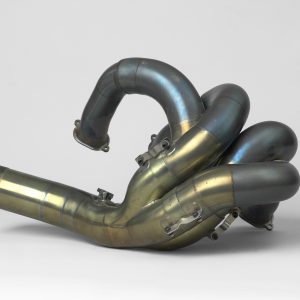 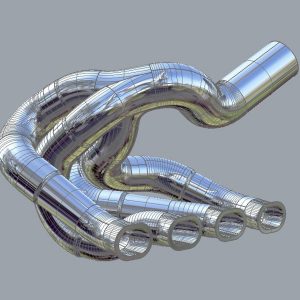 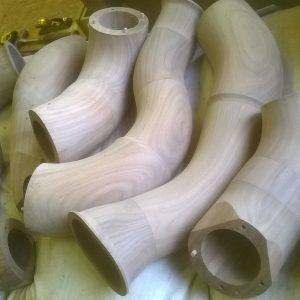 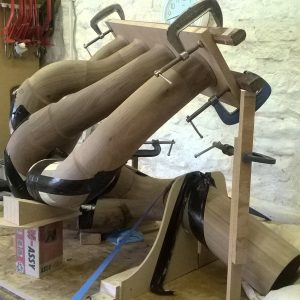 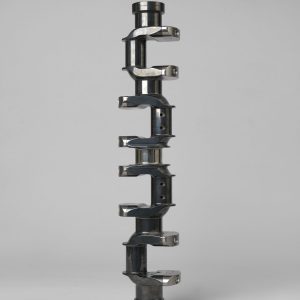 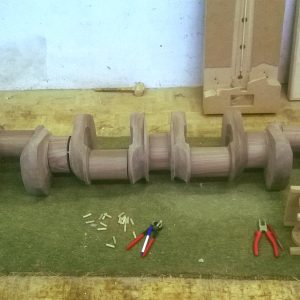 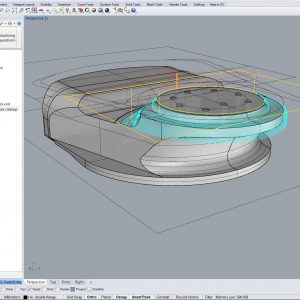 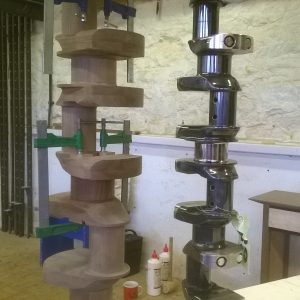 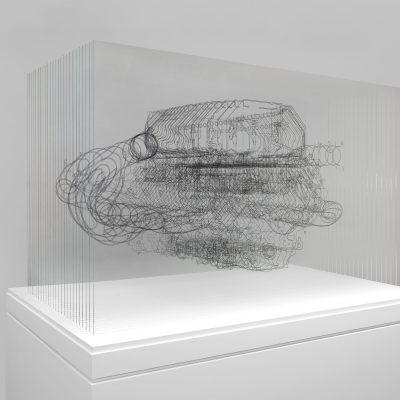 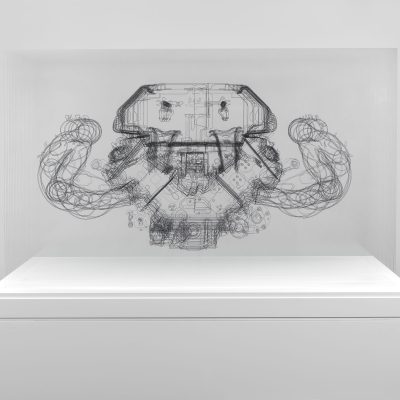 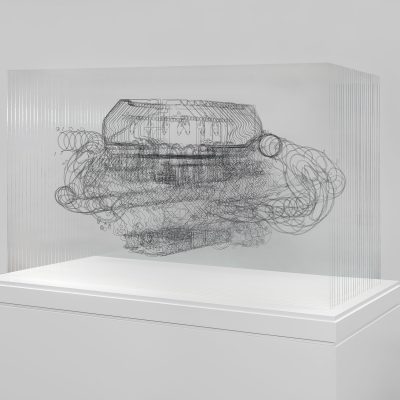 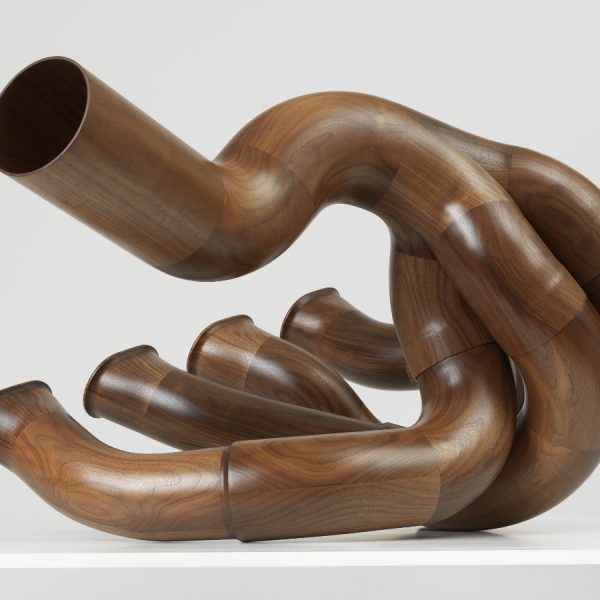 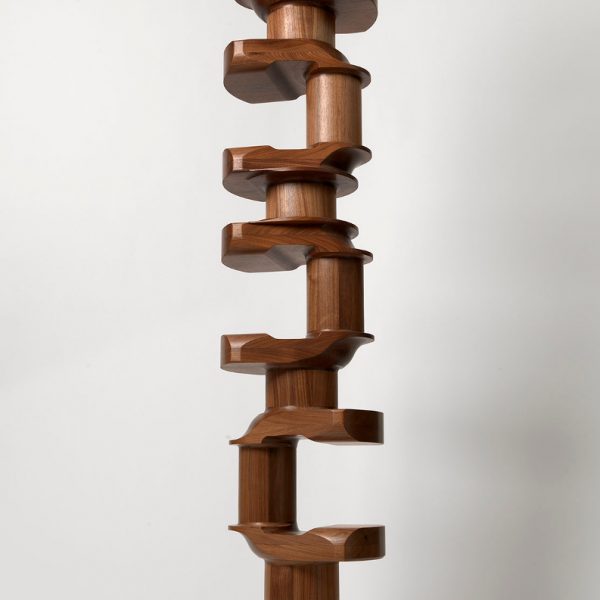 We had previously worked with artist Angela Palmer on a number of furniture projects over the years, and in 2014 she came to us with a proposal for a series of sculptures base on Formula1 engine parts. Working with the art department at Renault F1, she provided us with parts from Sebastian Vettel’s 2013 F1 engine. Our brief was to make replicas with as much detail as possible in solid wood. Although Renault provided us with some cad models, they were only mesh surface models of low quality, in order to protect the design integrity of their engineering department. We therefore had to use these as a reference and CAD model the parts from scratch, in order to make the replicas in wood. This project was probably the most challenging project that we have ever undertaken. The 4into1 exhaust manifold was made double scale, and completely hollow from American Black Walnut. The wall thicknesses varied from 20mm down to a mere 5mm in places! The crankshaft was mounted on it’s end like a totem pole, and measured over 2.14m in height. The finished work was first exhibited at the Fine Arts Society in London, and subsequently in Monaco and other worldwide destinations. We also made the plinths for her series of cross sectioned drawings of the engine itself.